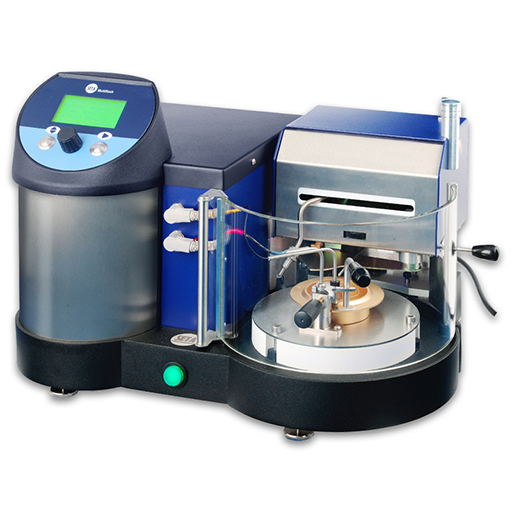 The Cleveland module must be used with the Multiflash Automatic Flash Point – Universal Base Unit (34000-0). The base unit recognizes that the Cleveland module is connected and instantaneously sets up standard test parameters and calibration data.

The flash point Test Area consists of a removeable sample cup in a thermal insulation ring, and a probe block for mounting the flash/fire detector and sample temperature probe. The sample cup is heated by the hotplate within the 34000-0 Universal Base Unit.

The DIPS pod contains the ignitor sweeping mechanism with a coaxial gas jet/electric hot wire ignitor, and a snuffer that extinguishes any flames in the sample cup at the end of the test. The sample temperature probe is a class A PRT, and flash/fire detection is by an ionisation ring.

Safety features include an initial sweep to check that the sample is below its flash point at the start of the test and a PRT check to ensure that the correct probe is connected and is immersed in sample. When in search mode, the software limits the maximum temperature to 50°C above “expected flash”. The snuffer automatically deploys at the end of the test or if the independent fire detection probe (mounted over the test area) detects a flame. The hotplate in the 34000-0 is equipped with a cut-out to protect against over-temperature.

The optional 34008-0 Cooling Boost Module allows the test area to be rapidly cooled in between tests by a blast of compressed air.